Boys Must Be Boys 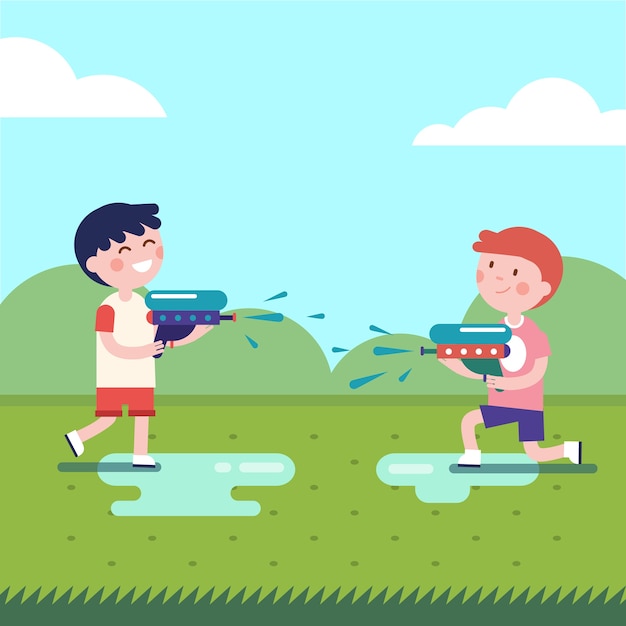 Male children are no sooner able to hold objects in their hands, and make percussive sounds with their lips, than they are locked in fierce battles with all manner of villains and evil-doers. If their well-meaning parents should refuse to give their little angels a toy version of the traditional instruments of war, those same little angels will soon enough invent their own. Alas, what common (if slightly crooked) stick is not a light-saber, or a SEAL team assault rifle? What Legos building block is not a grenade, or a bomb?

Evolutionary biology suggests that human males are the way they are because natural selection made them so. And natural section made them so because a certain combination of physical strength, aggressiveness, pigheadedness, daringdoness, and emotional stuntedness is what has allowed our species to survive for 400,000 years.

In other words, the human male’s predisposition toward aggression and destruction had its uses, and was sufficiently controllable by the community at large, as well as by the natural limitations of scale, that the catastrophic damage we are witnessing today, to “every living thing,” was simply not possible in earlier epochs, when there were relatively few of our kind around.

The question now is: Does the male behavior of yore, as expressed by the War Gene and its many kissing cousins,  including the Get Even Gene and the Blow Stuff Up Gene, have the same practical utility today it had 400 millennia ago? Or has it become an anachronism, and a very dangerous one at that? What do we see in this regard when we take a step back and look at the state of our world today?