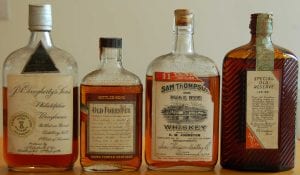 Many Americans are still asking – almost two years after the fact – how so many beneficiaries of the best-funded public-school system in the world could have voted for the likes of Donald Trump in the last general election. Did not all those well-schooled voters at least suspect what the ultimate consequence might be of voting a vacuous, misogynistic bully into the highest office in the land; or did they simply not care? To give a proper answer to this question, should we not ask a second question in parallel; to wit, how could so many enlightened voters – some ninety-six years earlier – have voted for Prohibition?